The developer behind a plan for a commercial center in Navarre said the objective is to fill one of the spaces with a movie theater, but the tenants are not yet finalized. 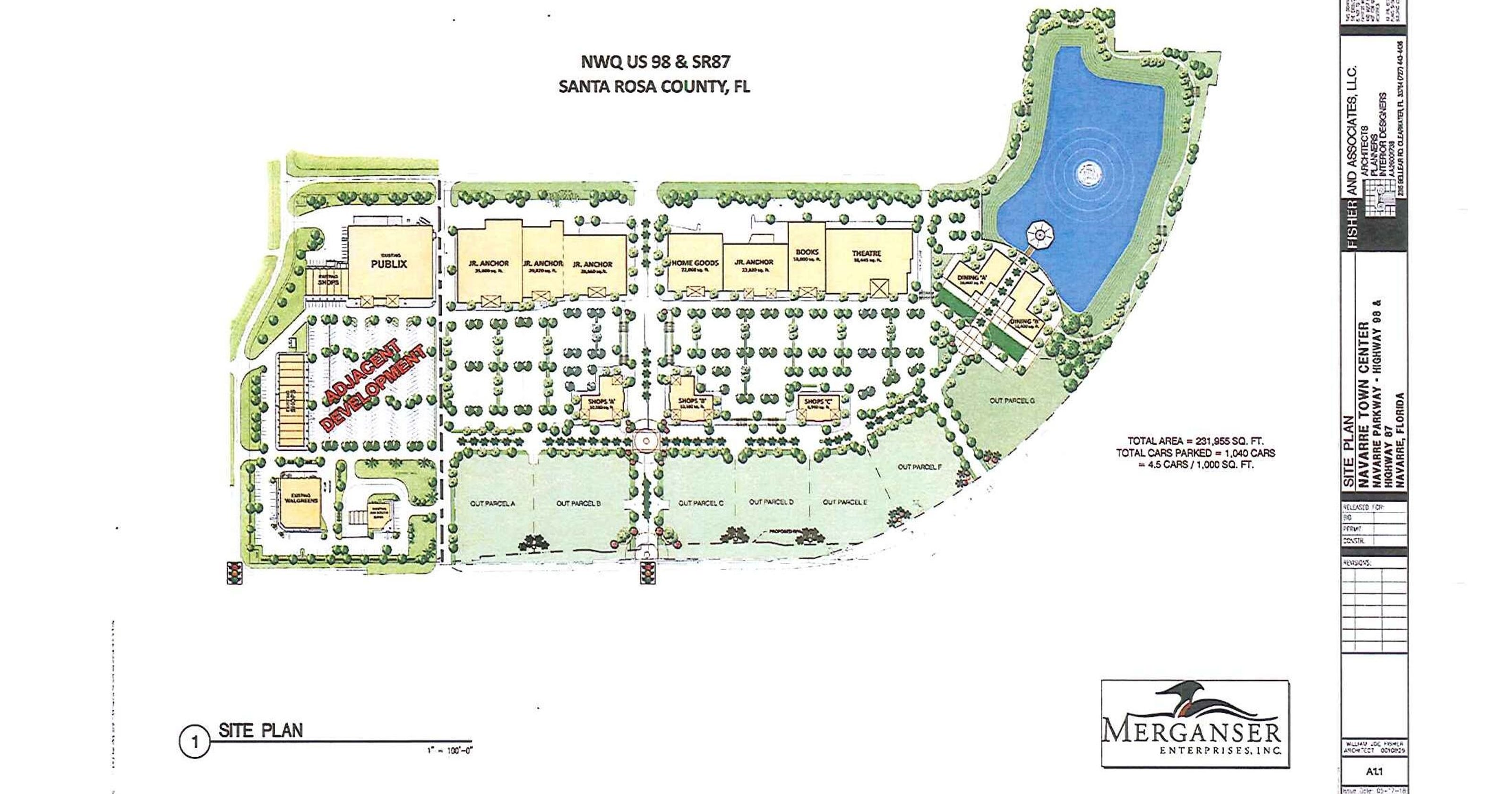 The plans also include a bookstore and a home goods store, and while those tenants might be realistic for the site, the plans remain preliminary.

Merg Hoffman of Merganser Enterprises Inc. is collaborating with a trio of partners from Navarre Beach Crossings LLC including Navarre businessman Craig Kruse, to find tenants for the 275,000-square-foot site.

“This is our desired tenant mix we’re showing, and we’re in conversations with several tenants to achieve that,” Hoffman said Friday afternoon. “That is a site plan we’re pursuing.”

The presence of a movie theater would be a first in Navarre. Currently, the closest theaters to Navarre are the United Artists Santa Rosa in Mary Esther and the Breeze Cinema 8 in Gulf Breeze.

Merganser Enterprises submitted the site plans to the county. The plans show parking for 1,040 cars, as well as four junior anchor stores, seven outparcels bordering U.S. 98 and two restaurants near a retention pond on the east side of the site.

Navarre Beach Crossings bought the property for $5.4 million in late January, according to the Santa Rosa County property appraiser.

Kruse said last week that construction on the site is expected to begin in late spring or early summer 2019.